You are here: Home / About Us
Hi. I’m Sarah and thank you for reading this blog. From time to time, I invite friends to feature their hamsters and write about tips and tricks they have for dwarf hamster owners, but mainly it’s just me writing and putting up stuff.

Here are my two roborovski dwarf hamsters, Ichigo and Blueberry. They’re Husky or White-face robo dwarf hamsters so their entire faces are white instead of having a brown mask with white eyebrows. Below is Blueberry in the picture with Ichigo sleeping in the background. I think this photo best suits them well because Blueberry is always curious and Ichigo is super lazy. 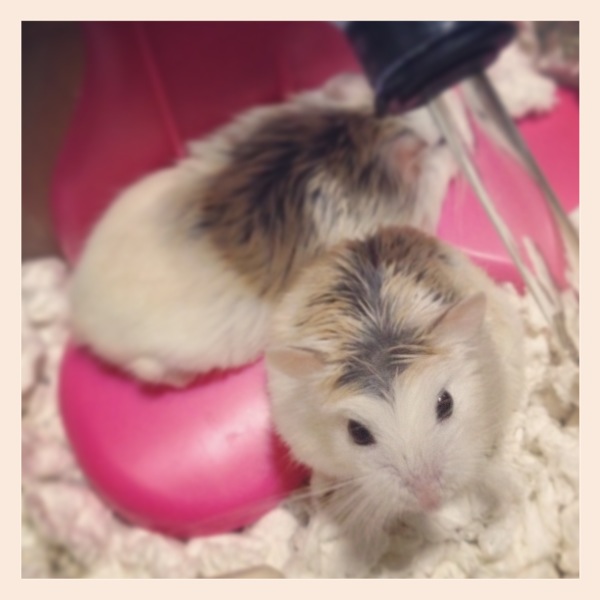 If you’ve been following us on instagram, you would probably have noticed two new additions to our family. Flaxseed and Oatmeal are winter white Russian dwarf hamsters that I adopted on 4 May 2013 when they were about three weeks old! They’re now much bigger but below is a photo of them on the journey home! The one on the right/top is Flaxseed and the one left/below is Oatmeal. 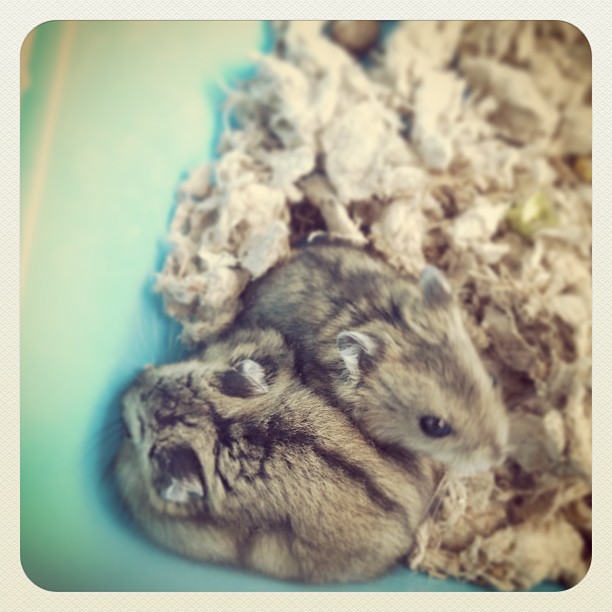 In July 2013, I also adopted a Sapphire Winter White from SPCA. I named her Barley! 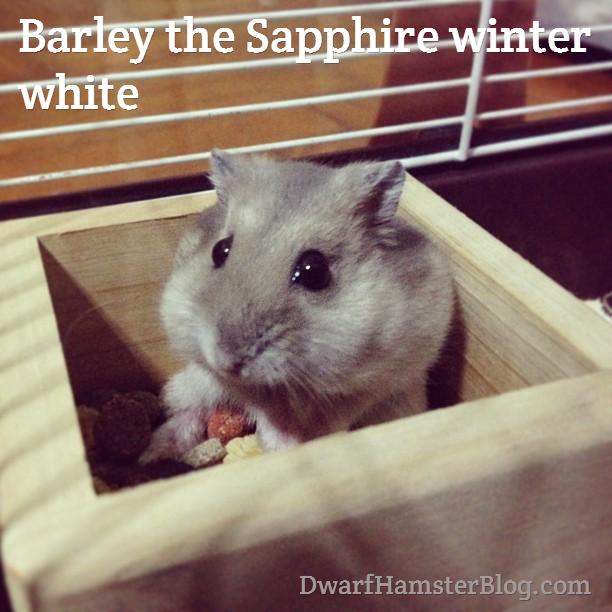 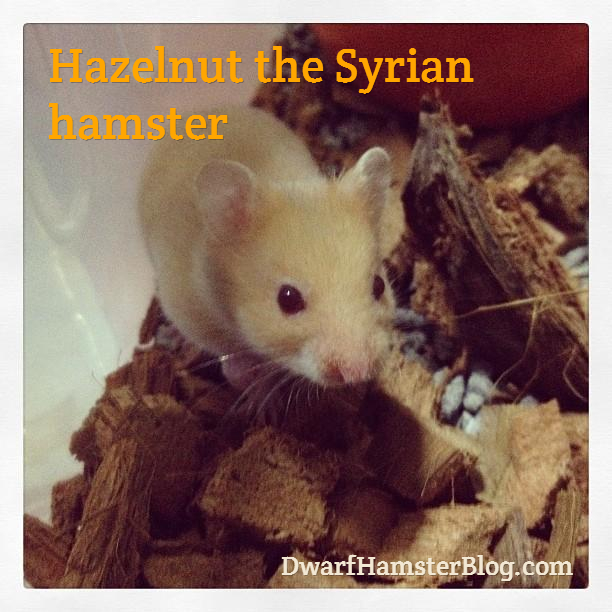 Thanks for reading about us and I hope you’ll enjoy the rest of the blog!